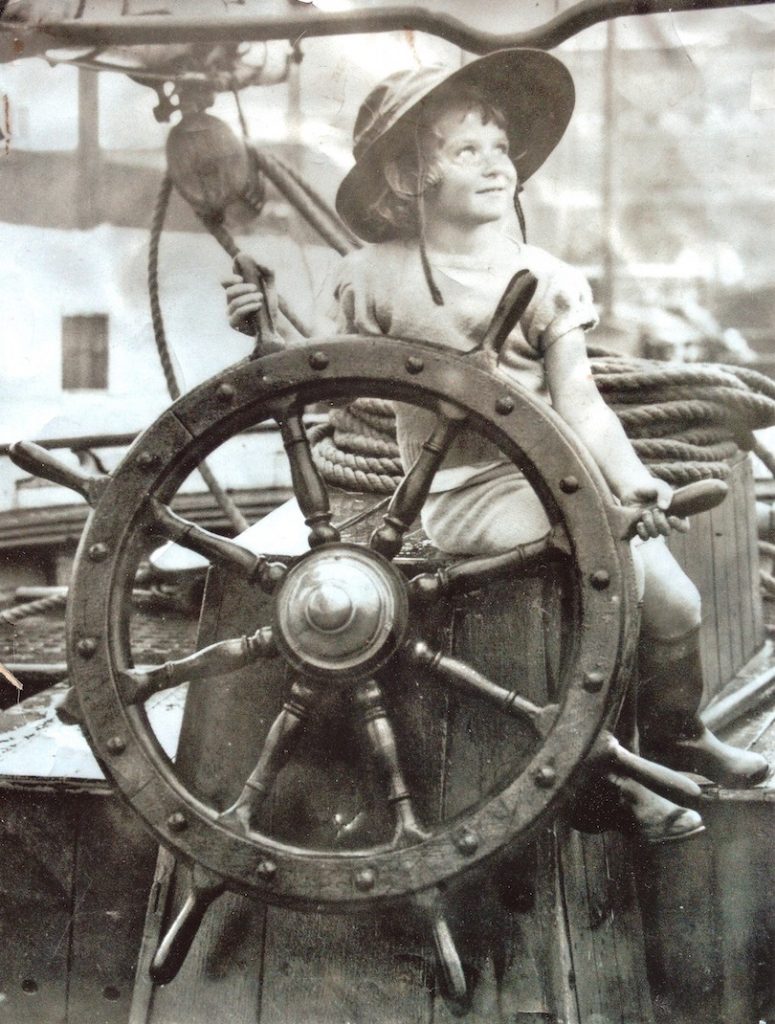 You won’t find many memoirs written by U.S. citizens who experienced the upheaval of China’s Great Proletarian Cultural Revolution first hand, because very few did. You’ll find a few more stories by those who grew up on the open seas on a sailing ship, but, still, not many. Truly rare is a memoir of both experiences. Ann Tompkins earned her sea legs as she learned to walk and they have served her well as she has traversed the shaky ground of political and social turmoil that characterizes the almost nine decades of her life…..

Ann is one of those people who views her life through the lens of history, as both a participant and an observer. Wherever she finds herself and no matter what life she is living, she is constantly assessing the world, its people and its political and social movements and drawing their relevance to her life and ours. What many consider history and outside of themselves, Ann views as personal. Those, in government, business, education and religion, who work to control and influence the lives we lead, are always thinking politically. We can’t assess those efforts strategically and counter them when necessary, if we are not also thinking politically…..

Depending upon one’s perspective, the writing of this book was aided or hampered by the incredible amount of material Ann saved during her life. It certainly extended the time and work needed before ever embarking on the actual writing! I still don’t understand how someone, who moved so often, could hold on to so many physical bits and pieces of her life! Family letters across decades, speeches she gave, newspaper articles, notebooks, drafts of unpublished books, playbills, song lyrics, fundraising mailers from causes she supported, books that made a difference in her life, employment and education documents, passports, photographs, a trove from which to record the details of Ann’s life and to jog her memory later. Some of the memories are clear and some are lost in the fog of time and distance. Combing through them has been a daunting task, never certain what to keep and what to throw away. Many file drawers and towers of banker’s boxes have yielded both treasures and trivia and, at times, it was unclear which was which. We’ll never know if we made the right decisions, but we are left with a voluminous record of a life well-lived…..

Just as a life and history take twists and turns, this book does, too. You won’t always find a straight narrative in these pages. We’ve attempted to keep a fairly straight timeline most of the time, but have chosen to include a variety of voices. With such a trove of writing by Ann’s parents, as well as her own, we will quote heavily from these firsthand sources. There is no point in my reinventing the wheel, when the words of those who lived the story exist.